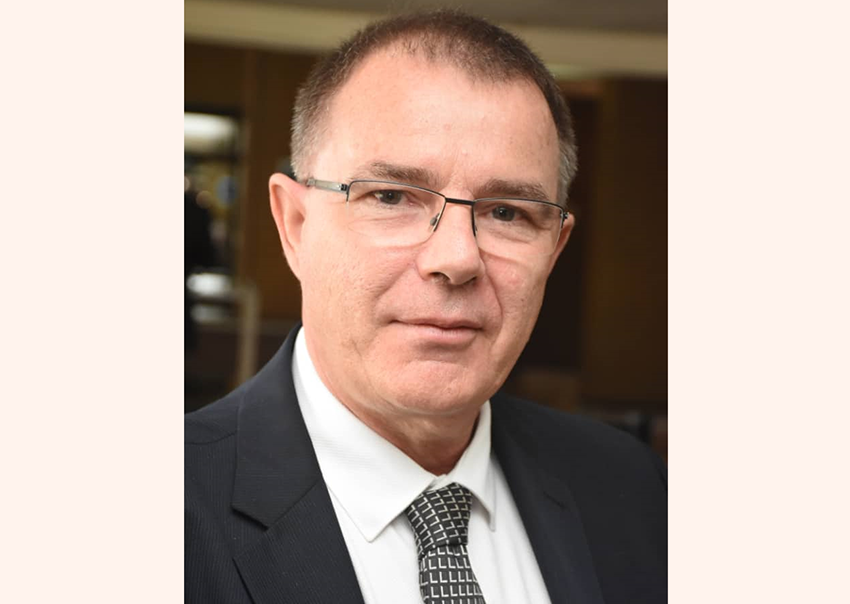 Electricity rationing, inputs from the Memve’ele and Lom Pangar dams on energy supply, government debt towards Eneo, relationship with the company Sonatrel, rumors about the leaving of Actis, etc. Interview with the General Manager of the concession company in charge of the public service for the production and distribution of electricity in Cameroon, Eric Mansuy, on latest developments within the sector

[Energies Media] On 25 January, Eneo, through a press release, recalled that it is rationing electricity in some cities of Cameroon because of an “acute liquidity crisis which has created an imbalance in the sector in general for several months ». How is new or special about this situation compared to previous years where power cuts were not made on the same scale?

[Eric Mansuy] First of all, we would like to express our apologies to our customers for the current inconveniences. We are working to make the adopted power supply rotation plans, which are regularly communicated to customers to be as fair as possible through our dedicated platforms.

In the Northern Interconnected Grid (NIG), we are experiencing a relatively calm low-water period, without rationing due to generation deficit. In this part of the country, we had enough rainfall which made it possible to sufficiently fill the Lagdo dam to ensure a balance between demand and supply today.

On the other hand, on the Eastern Interconnected Network (EIG) and the Southern Interconnected (SIG) we rely on thermal power plants to meet demand. It is at this level that the difficulties in fuel supply are causing the interruptions that we have been witnessing for some weeks now.

Apart from the power-cuts linked to the generation shortfall due to the liquidity crisis, interruptions on the distribution network are down by 4% compared to the same period last year.

Since the end of 2019, many constraints have greatly undermined the demand and supply balance on the SIG and EIG. We observed notably that:

All these elements lead to significant generation shortfalls of up to 130 megawatts during some peak evenings. Basically, most of these factors put more pressure on the company’s cash flow. The whole electricity sector in general is plagued by this acute liquidity crisis. For Eneo, this is largely due to huge outstanding unpaid bills, which prevent us from honouring all of our commitments towards our suppliers.

The most visible consequence is reflected in the difficulties encountered in the daily supply of fuel to our thermal power plants, leading to load shedding. Since December, the Prime Minister, Head of Government of Cameroon, informed of this situation, has been able to make an appraisal of the major threats looming over the sector. He has instructed the Ministers and Administrations concerned to take the necessary actions to restore the financial balance of the sector in general. These actions include, among other things, the immediate injection of cash and the mobilizing this year of the funds necessary to clear all the debts. We are hopeful that these measures will be implemented as soon as possible to quickly improve the quality of electrical service.

« The unprecedented deterioration of the financial situation of Eneo and, consequently, that of the whole electricity sector in Cameroon in 2019 is explained by the accumulation of unpaid bills by some major consumers. » Eric Mansuy

Talking about the problem of wood pole supply, discussions with the government are also going in the right direction. After taking cognizance of the fact that the cutting of wood poles in the northwest dropped due to the security crisis, the government has already agreed in principle that Eneo would source from some forests in the West region. An agreement has just been signed between Eneo and the government to regulate the cutting of eucalyptus trees in the Baleng forest. The next step should be the authorization. We very much hope so. The resumption of supply to our wood plants in the coming weeks should ease things for our technical bases and facilitate their interventions in case of breakdowns. Baleng will supply approximately 20,000 wood poles. Since the annual requirement is about 70,000, we will continue to work with the Ministry of Forestry to authorize the exploitation of the other reserves identified in the West Region.

In 2020, we plan to replace 50,000 damaged wood poles, and about 40,000 the following year. As part of our pole strategy, we will mix wood and concrete poles. Concrete poles will be produced by a Cameroonian industry under development.

In the press release of 25 January, « difficulties in fuel supply to thermal power plants » are mentioned. How much is the debt of major customers (HV), that of the State and its related services and that of low-voltage customers compared to Eneo’s debt towards its suppliers?

The unprecedented deterioration of the financial situation of Eneo and, consequently, that of the whole electricity sector in Cameroon in 2019 is explained by the accumulation of unpaid bills by some major consumers. The downside has been a worsening of Eneo’s debt towards power supply and fuel companies for thermal power plants.

During the second half of 2019, the State of Cameroon made efforts to partially clear its debt while allowing Eneo to continue to have fuel supplies to power plants. However, the amount of accumulated debt still remains very huge and amounted to more than XAF 180 billion as of 31 December 2019 (including XAF 63 billion for State and/or State-owned companies only).

On the other hand, Eneo remains indebted to power and fuel supply companies to the tune of XAF 155 billion as at the same date.

Notwithstanding the fact that the balance remains in favour of Eneo, the entire sector faces a persistent lack of liquidity to facilitate the smooth running of operations.

As part of the consultations conducted by the Prime Minister, we would like to hail the decision of the State of Cameroon for settling a first batch of certified bills for a total amount of XAF 45 billion through the issuance of Treasury Bonds (OTA) ) allowing the injection of fresh cash into the sector. This operation, which we hope to see completed as soon as possible, will allow the partial clearance of the debts of power and fuel suppliers, and ensure the regular supply of fuel during sensitive periods such as elections, CHAN [African Nations Football Championship to be held in Cameroon from 4 to 25 April 2020, Editor’s Note] etc.

Still on this issue of fuel for thermal power plants, the commissioning of the Memve’ele dam was supposed to reduce Eneo’s expenses and improve the supply of electricity on the Southern Interconnected Grid. The Minister of Energy and Water Resources announced at the National Assembly, during the ordinary session of November 2019, that the dam was already producing 65 megawatts out of the 211 expected. How do you rate Memve’ele at Eneo? Is the partial supply of the hydroelectric plant already effectively reducing your expenses?

Indeed, the commissioning of Memve’ele in April 2019 made it possible to cut down the generation of some thermal power plants (Ebolowa, Mbalmayo, Ahala), to improve the quality of service in the Centre region and to limit generation shortfalls in the Southern Grid. Yaounde would have been in a worse situation without Memve’ele given the congestion constraints (overload) experienced on the transmission network.

This partial injection therefore reduced fuel costs by more than 50% in 2019 at the Ebolowa, Mbalmayo and Ahala power plants. But overall, our fuel needs have increased with the increase in demand. And as we said, the liquidity crisis in the sector reduced our ability to supply ourselves with fuel up to the expected levels. This is what explains the rationing.

« Only a sustainable streamlining of the energy sector’s finances will restore the confidence of investors and raise the funds necessary for these investments. » Eric Mansuy

Still in connection with this issue of fuel costs for Eneo, the General Manager of the State- owned Electricity Development Corporation, Theodore Nsangou, has on some occasions said in the public press that the commissioning of the Lom Pangar reservoir dam, which has flooded the Song Loulou and Edea dams since 2016, enables Eneo to save around CFAF 25 billion annually; which represents the amount spent on the purchase of diesel for thermal power plants without Lom Pangar. Is this really what is experienced at Eneo with the coming of the Lom Pangar reservoir dam?

The Lom Pangar reservoir dam, which was commissioned in September 2015, is of great help, as it allows the Songloulou power plant to generate at full capacity with an average flow of 1050 m3/s from the Sanaga River. However, rehabilitation works at Songloulou and congestion constraints on the transmission network limit the evacuation capacities of the power plant despite the good hydrology recorded this year.

In a nutshell, the coming of Lom Pangar has improved generation in the Songloulou and Edéa power plants, and allowed for some marginal savings in thermal generation. On the whole, the gains generated are however gradually diluted by the growth in demand which creates a high demand on thermal generation and therefore fuel consumption.

The electricity system in Cameroon is often presented as a system with a chronic deficit. What do you think this explains? What would it take to have a balance in the sector?

The Cameroon electricity system is characterized by a relatively high energy demand which requires the commissioning of many facilities (generation, transmission and distribution) and therefore significant investments according to the demand evolution curve. Good coordination between stakeholders and massive investments will certainly reduce this permanent tension between demand and supply. Eneo’s investment needs for the 2020-2031 period are estimated at XAF 521 billion (EUR 795 million). Only a sustainable streamlining of the energy sector’s finances will restore the confidence of investors and raise the funds necessary for these investments.

How is the collaboration with Sonatrel, to which Eneo officially transferred the « Transmission » component of electricity since 2019?

Collaboration is moving in the right direction. There are some small coordination challenges in the management and planning of the electricity system. This is normal in a context of transition. The most important thing is to address them in order to move on.

The terms of the Concession Agreement are relatively clear, but difficulties are emerging with regard to the separation and maintenance of the transferred facilities. These are temporary difficulties which are intended to be resolved over time with the support of the supervisory authority and the regulator.

You arrived at Eneo Cameroon S.A. in January 2019 as Deputy General Manager in charge of Distribution and Commercial; and on 28 November of the same year you were promoted as General Manager to replace Joel Nana Kontchou. There are rumours of a plan to sell Eneo by Actis to another majority shareholder, as was the case with the American AES Corporation, before the end of the Concession, which runs until 2031. Would you be the one who has to manage the company until this sale? Will Eneo remain a subsidiary of Actis until 2031?

As GM of Eneo, it is not my position to respond in the place of shareholders of the company. 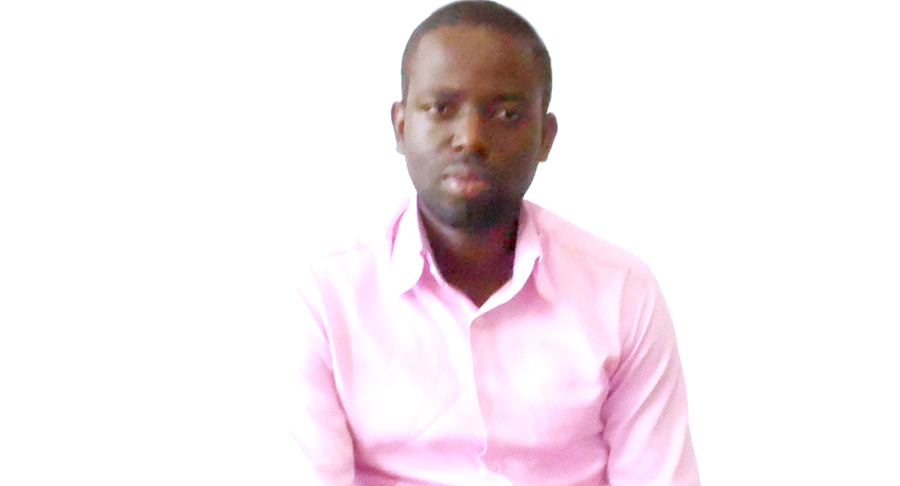 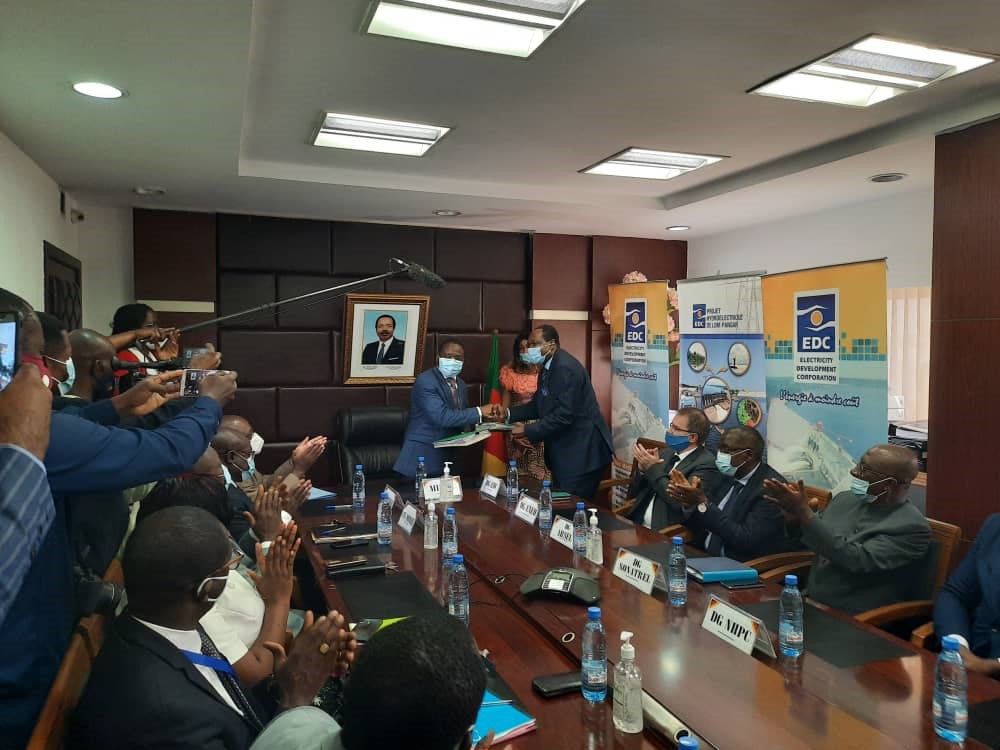 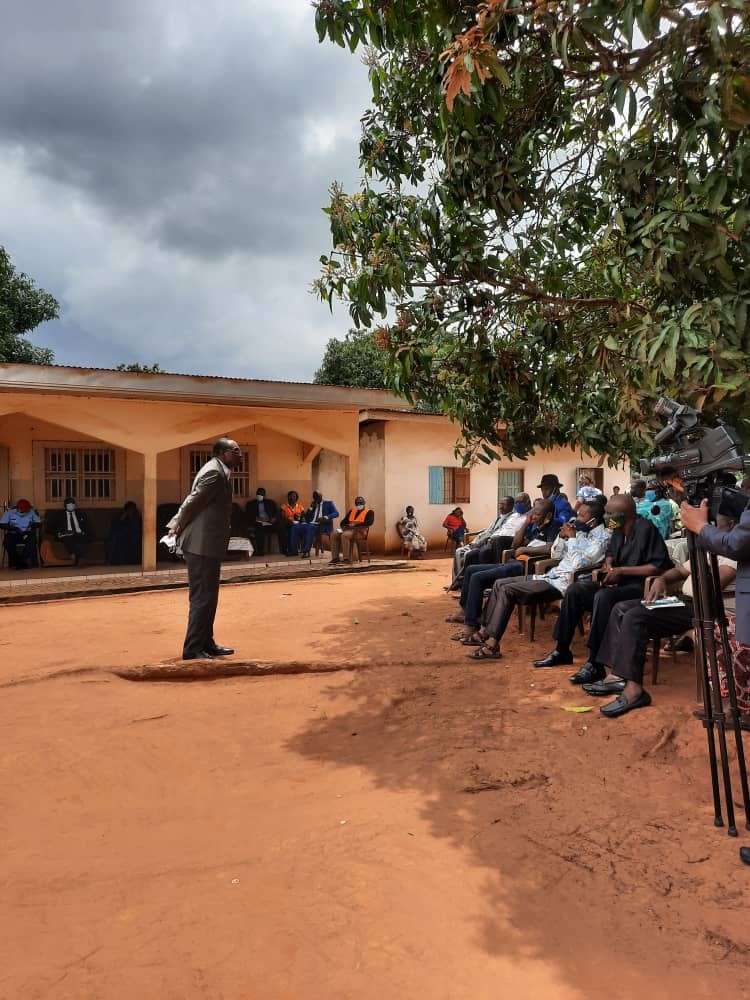 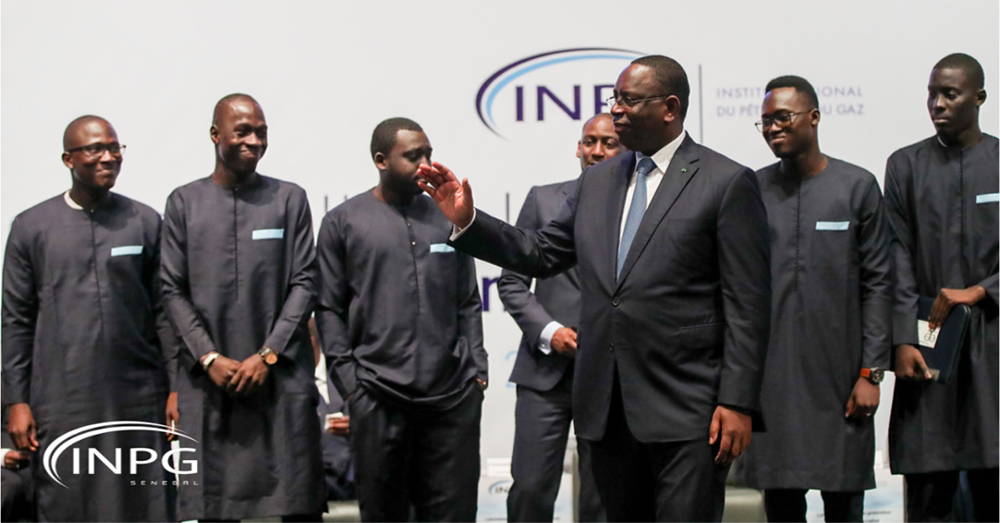 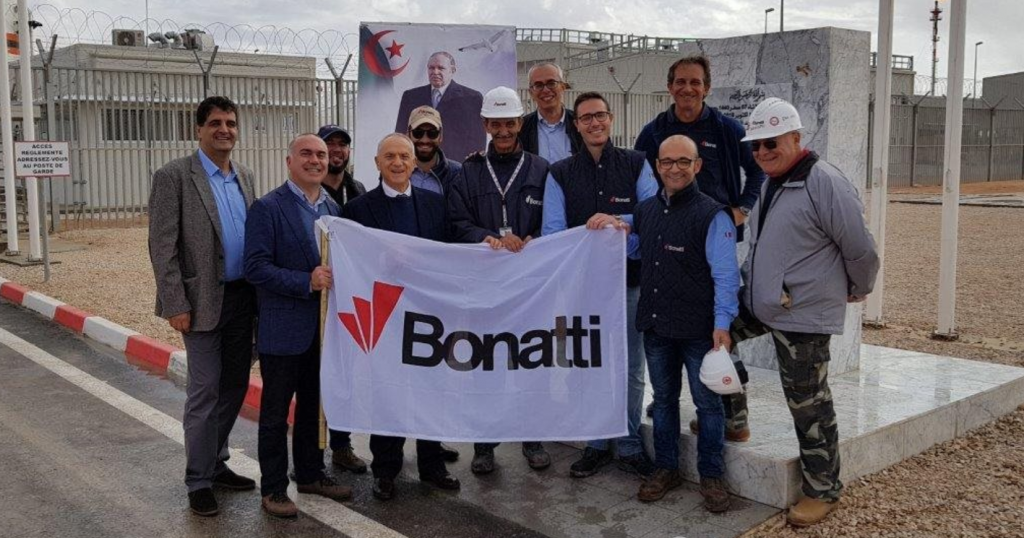 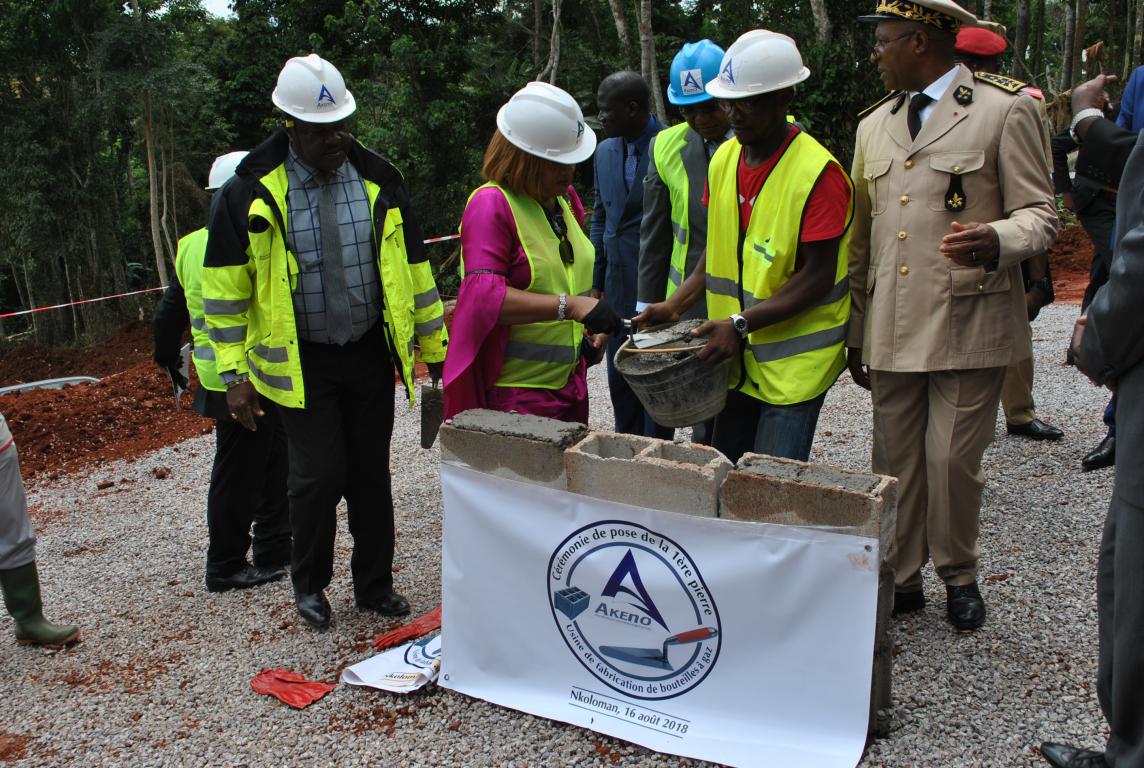